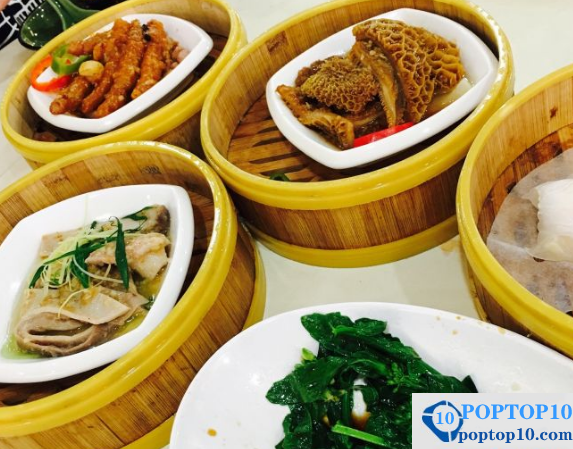 Introduction: There are many Chinese cuisine dishes, and each region has formed many genres with different food cultures and traditional flavors and tastes. Among them, the more influential and representative cuisines include Sichuan, Cantonese, and Zhejiang cuisines. There are eight cuisines in China plus Hubei and Beijing cuisines, which are the top ten cuisines. Today, 123.net introduces the ranking of China’s top ten cuisines in detail. Let’s take a look at the local specialties of each place.

Shandong cuisine is a local dish in Shandong Jinan and Jiaodong. The seafood dishes cooked in Jiaodong are particularly delicious. The more good cooking methods are popping, frying, grilling, steaming, etc., the taste is relatively light and addicted to garlic. Jinan dishes have a lighter taste and are more particular about suits. Shandong cuisine is the earliest local cuisine, so it is the top ten cuisines.

Jiangsu cuisine has a long history of dishes, mainly Nanjing, Yangzhou, Suzhou flavor. Yangzhou and Zhenjiang Caidao have fine tastes and are good at making chicken dishes. Suzhou and Wuxi dishes are sweeter and are better at making fresh seafood and vegetables. The most famous dish in Nanjing cuisine is the taste and mellow taste of Nanjing salted duck, which is very delicious.

Zhejiang cuisine is mainly composed of Hangzhou and Wenzhou and Ningbo and Jinhua. Each has its own strong local characteristics. Hangzhou cuisine makes fine dishes fresh and crisp. Ningbo cuisine emphasizes freshness, tenderness and smoothness. It is better at making seafood dishes, and retains the original flavor of the dishes. Wenzhou cuisine is mainly fresh seafood. Jinhua cuisine takes ham as its core to pay attention to maintaining the unique color and flavor of ham, which is relatively famous in the field.

Hunan cuisine is a local flavor dish that many people like to eat. The taste of the dishes is very strong, hot and spicy. Hunan cuisine is mainly based on the local flavors of the Xiangjiang River Basin, Dongting Lake District, and Western Hunan Mountains. The cuisine of the Xiangjiang River Basin focuses on freshness and sourness. The dishes in the Dongting Lake District are better at cooking the freshness of the river and the salty and spicy flavor of poultry and livestock. Western Hunan cuisine is better at making mountain and wild game, and the taste focuses on salty and spicy flavors.

Anhui cuisine is a relatively unique cuisine in China. Among the top ten cuisines in China, Huizhou cuisine pays attention to fire and good game cooking to maintain its original flavor. Many dishes are stewed with low fire and the soup is full of flavor and aroma. Good at cooking river fresh and domestic animals. The dishes are salty and spicy, and the soup is thick and heavy, and I like to add coriander to season.

Chu cuisine is Hubei cuisine, a local specialty with a long history. It is mainly composed of Hanhe Jing and Huang and Xiang. The taste of Han-style cuisine is exquisite and fresh. Preserving the nutrition of the dishes is the essence of Hubei cuisine. Among them, the more famous dishes include Huanghuang Sanxian, steamed Wuchang fish, and glutinous rice. Jingsha dish is famous for its freshwater fish. The representative dishes include Jingsha fish cake and Babao sea cucumber. Huangzhou cuisine refers to the characteristic flavors of Huangshi and Ezhou. Xiangpai refers to the cuisines in Xiangyang and Shiyan. In addition, Enshi’s famous Xiaomi Nian meat is also very delicious.

Friends who have traveled to Beijing must have eaten Beijing roast duck very deliciously. Many Beijing dishes have strong taste of clear trout. Among China’s top ten cuisine rankings, Beijing cuisine is Beijing’s local specialties. Halal dishes based on beef and mutton, royal court dishes of the Ming and Qing dynasties, and Tanjia dishes that are good at sea cooking, etc., have fine workmanship and fine taste.