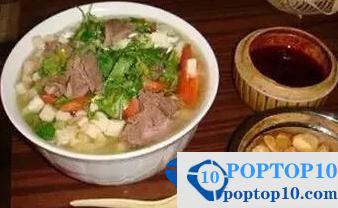 Counting the world’s top ten strange chocolates, you absolutely can’t think of it.

Korea Lotte Group produces a chocolate made from milk and kimchi, which has become Korea’s signature tourist food.

Camel milk, regarded by the Middle East as “liquid gold”, has only half of the milk fat and three times the vitamin C, and the yield is scarce. This chocolate made from camels milk by alnassam has a taste of minerals and malt. It is currently sold in specialty stores in the UAE, Saudi Arabia, Oman, Japan, etc. If you are lucky, you may be able to buy it online. .

A couple of chocolates in Los Angeles used French chocolate making methods. On the white chocolate made of cucumber juice, vodka and mint, plus a layer of dark chocolate, it tasted very different.

Mary’s Chocolate Company, which is made from unripe plums soaked in sugar and semi-distilled Japanese shochu, has the taste of sour, sweet, bitter, astringent and spicy. It is like a bitter love, very unique, in Korea, It is available in Taiwan, Thailand and mainland China.

Due to the hallucinogenic nature of Absinthe, this chocolate made from Absinthe is made from underground test products made from bitter sweet chocolate, pear, fennel and vermouth.

In 2007, Nestlé launched a limited edition of Kit Kat chocolate in Japan. As part of the marketing plan, they became the favorite food for tourists and locals. Among them, the chocolate-flavored Kit Kat chocolate is the best-selling. The most unique one is the European cheese chocolate, which contains 58% of the cheese, with a smoky and salty taste.

It is made from dried shiitake mushrooms, Peruvian dried fruit and 7% of Colombian dark chocolate.

The ingredients of this chocolate include praline, Malden sea salt and jumping candy wrapped in cocoa butter. Take a bite and the jumping sugar will blast in your mouth, which is very interesting.

This chocolate is made from peanut nougat, grappa, black-eyed peppers and raisins on dark chocolate.

This chocolate is made using cigar leaves soaked in rum and brandy. When people eat chocolate, the throat will have the pungency of smoking cigars, which are currently sold in Belgium, the Netherlands and Germany.